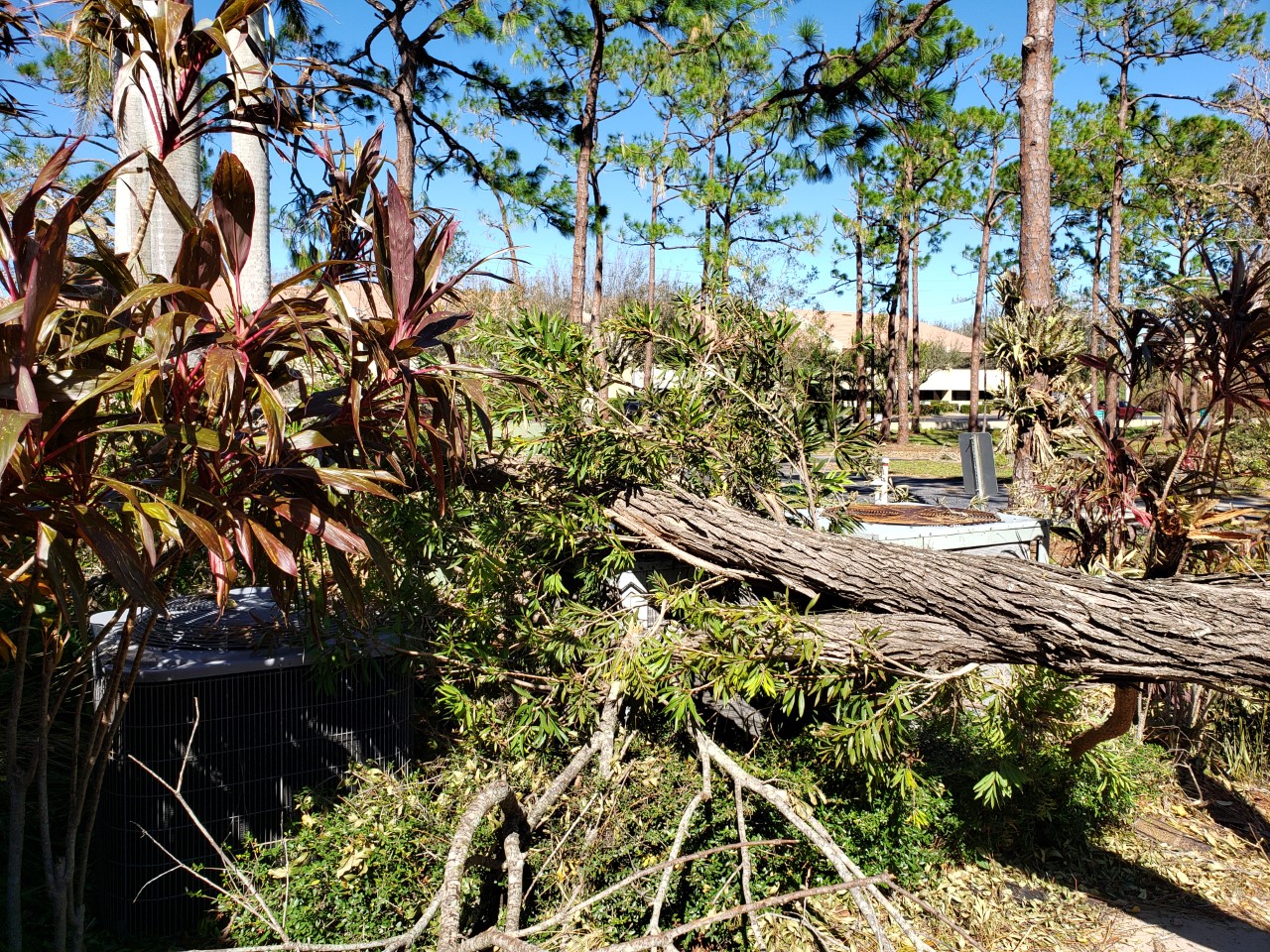 Clergy and lay leaders in areas of Florida devastated by Hurricane Ian on Wednesday, September 28 are caring for their congregants and their communities as best they can.

On October 2, World Communion Sunday, Reverend Mike Ford broke bread with a dozen people in attendance. And although he preached to a much smaller group than usual, he had to speak because power was not restored at the United Congregational Church of Christ in Punta Gorda until after services.

Overall, he said, the church did pretty well, sitting in the path of the deadly Category 4 monster storm that decimated southwest Florida.

“We lost solar panels on the roof,” he said. “It was raining, so hard water was blown through the glass plate, without breaking the window. Our power lines cut the urns and the pole on our property fell.

“No one was hurt. A lot of our people’s homes are damaged, but not what they can’t fix.

“We have been blessed; as violent as the storm was, no one was hurt.

The church of Punta Gorda survived Charlie in 2004, but this destruction was significant. “The building lost stained glass windows which were blown out and rain entered the sanctuary, flooding the interior of the church. All of this has been replaced.

“This time the damage was minor,” Ford said. “People who go to church will be more traumatized than the church was. Charlie lasted about an hour and a half. Ian was on us for 30 hours.

The biggest loss, he noted, is their “Tree of Hope,” a native tree planted to mark the church’s recent fundraising campaign to make the place more accessible.

“Over the past six months, our tree has doubled in size,” Ford said. “The hurricane knocked almost all the branches off the tree. It’s kind of sad. We’re hoping this will be our Ian resurrection tree – I’ve told a few people that already. They know that kind of thing. he tree is making a comeback. As long as the roots are good, it will grow back. And that’s a good metaphor for the church.

Right now, the Reverend Mark Boyea, pastor of the Sanibel Congregational United Church of Christ, is reaching out to members of his church by phone and email — and hopes they can be reached.

“We’re really starting to connect with people,” he said. “We go through the directory to try to find out how people are doing.”

Sanibel Island and surrounding coastal communities, such as the town of Cape Coral in Boyea, were directly affected. Electricity is still spotty a week later which also means no water. Boyea said evacuees from Sanibel are now allowed to return temporarily to check on their property — by boat — because the causeway leading to the island has been washed away.

The Sanibel pastor is new to the area, having started his call to the island church on September 18. He and his wife Cindy had to evacuate their home on Tuesday September 27. They spent two nights sleeping on the floor at the local high school with their cats, cared for by local volunteers.

“God bless these people. They were wonderful,” he said, noting that the shelter housed around 2,000 people and 300 pets. “They did everything they could to make people feel comfortable, to feed them.”

Thursday afternoon, September 29, they were able to venture out to see the damage.

“Our house has remained largely intact. In our part of Cape Coral there were a lot of downed trees and the fences were the most damaged,” he said. With the power lines down, there was no electricity, water or internet.

“Getting nervous about trying to reach the congregation,” Boyea and his wife moved to a friend’s winter home in Naples so he could get in touch with the parish nurse. of Sanibel and lay leaders.

On Tuesday afternoon, October 4, he emailed the entire congregation, a plea to let him know what people need.

“It’s far from a smooth process, but we’re trying to piece that together as we go,” he said. “I haven’t received any news about any injuries or if anyone from our congregation is among the casualties. It’s frustrating but to be expected. None of us are surprised. Getting information is problematic.

It is expected that the church campus will need major work in the coming weeks and months, but it is not yet known when inspections may be carried out to determine the extent of the damage.

Boyea and the director of the Sanibel church office are now working at Fort Myers Congregational UCC as they search for a temporary space in which to hold services.

Carolyn Martin, the moderator of this church in Fort Myers, has been following things from afar. She and her husband were evacuated to the Fort Lauderdale area and are still there.

“There’s a skylight in the sanctuary that’s gone and there’s a lot of debris on the floor,” she said. “The sign in front of the church has disappeared. Fort Myers beach has all but disappeared. I don’t know how our church has electricity and water, but thank God we do.

“The houses of our office manager and guards are damaged. I don’t know if we will have electricity in Cape Coral before Saturday.

Martin planned to write a message to his congregation on Wednesday afternoon, indicating that the church planned to hold services on Sunday. The congregation, awaiting the arrival of an interim pastor on October 31, pulled itself together.

“Everyone is doing the best they can. We have neighbors who run errands to areas that have food and water and bring it back to people who need it,” she said. “We are trying to contact people as we still don’t know if anyone has been injured. Some of our members in assisted living facilities have been moved to Homestead, Florida. I feel helpless to be here.”

But Martin writes emails, keeping his church community in the community.

Boyea said he and his wife “had to be somewhere on Sunday. We went to the UCC in Naples. This church also escaped the wrath of the storm, using sandbags to prevent the shrine from rising.

And while Boyea said he won’t know what his Sanibel church needs until they “know the status of the church campus,” he is focused on communicating with the congregation and “the setting up our worship and spiritual offerings to rebuild some sense of community and spiritual support. I am convinced that we will do much more to be able to help not only our members, but the community.

“If it weren’t for my confidence in my lay leaders and members, I wouldn’t be so calm.”

Ford said that in his “fabulous congregation, people will come together as they always have.” And they are not alone.

He said “one of the things that has blown me away” is that “we have had phone calls from other churches offering help. The Poor People’s Campaign offers help. The Immokalee Workers’ Coalition reached out to see if we needed anything. The outpouring of support from the groups we are connected with – they just reached out to us.

“It makes me very emotional because they don’t have much to start with. We have a connection with them, as partners. It’s mutual love.”

The United Church of Christ has issued a Hurricanes 2022 emergency appeal to help with the response and recovery. Florida Conference minister John Vertigan, in an Oct. 4 message to churches, prayed that “the church may be influential in healing lives, restoring broken souls, giving hope to people who now feel rather hopeless and helpless”. facing the fury of nature.

“With God’s help, we will get through this,” Boyea said. “It won’t be the same, it will be different, but with God guiding us, we will come to a new day.”

Content on ucc.org is copyrighted to the United Church of Christ National Framework and may be shared only in accordance with the guidelines outlined here. 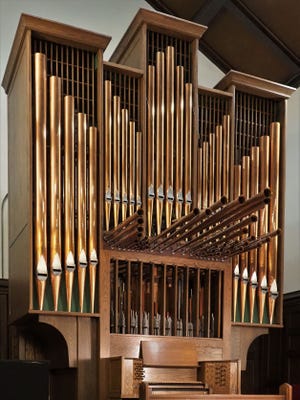