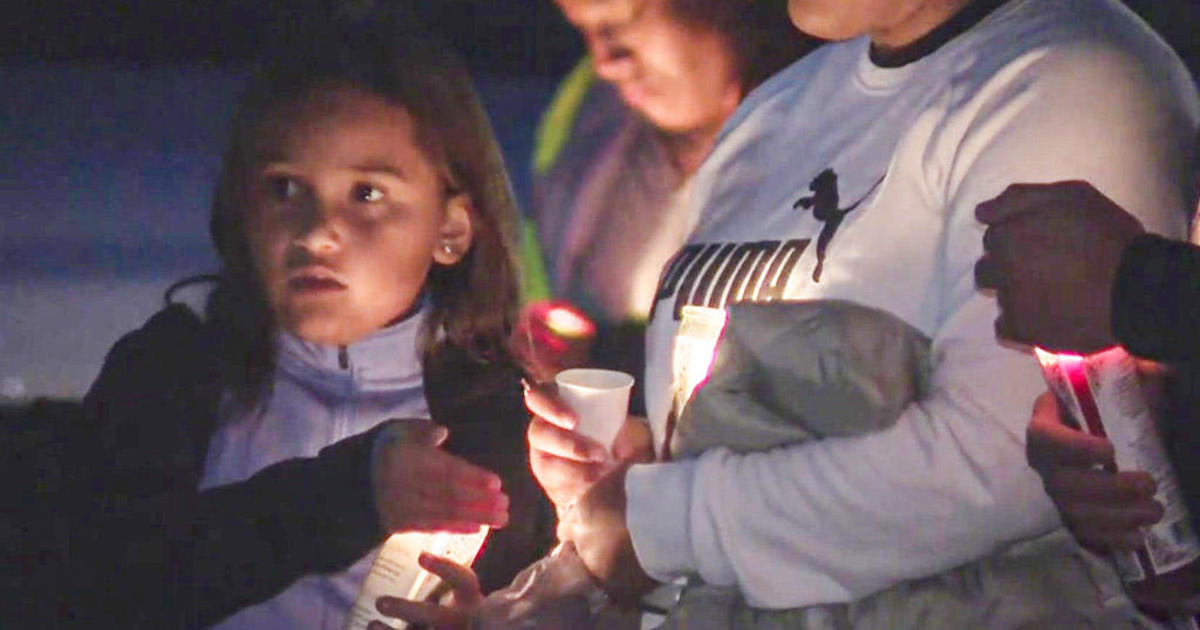 Pastor Ulysses Ve’e of the Samoan Christian Congregational Church of San Lorenzo led the candlelight vigil. Ve’e has known Mata’afa since he was in elementary school and it was he who encouraged him to follow his faith.

“I was very close to him. He was an assistant pastor for me and he was a director for our youth,” Ve’e said.

Mata’afa was a theology student at the Pacific School of Religion in Berkeley.

According to Berkeley police, Mata’afa was fatally shot on Telegraph Avenue early Saturday morning after engaging in some sort of fight. Police have released no further information about the circumstances surrounding the incident and have not named any suspects.

“There’s always a problem with gun control. These things that we all face. It’s nothing new. I’ll leave it to the politicians or whatever, they can deal with it. C is what we can learn from this. How can we move forward from this,” Ve’e told KPIX.

Mata’afa’s father held back tears as he spoke of Eli.

“I miss my son,” he said, addressing the crowd gathered on the church lawn.

According to his religious family, the only way forward is forgiveness – forgiving those who killed Eli Mata’afa.

“It’s a test of your faith, and when you come across a tragedy like this, it’s a test and a time when you forgive,” Ve’e says.

Those who gathered on Thursday night said one of the ways they wanted to keep Mata’afa’s memory alive was to work to end gun violence through community outreach.

Katie Nielsen is an award-winning journalist who has spent over 10 years sharing people’s stories. She joined KPIX in the summer of 2017 and a few months later found herself covering the Wine Country wildfires.